Home ›technology ›Are you being tracked on the internet? Know how to find out

Are you being tracked on the internet? Know how to find out 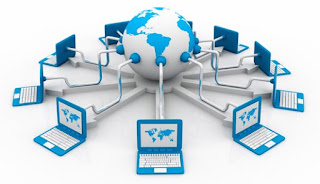 Are you being tracked on the internet? Know how to find out
Yes, you are being tracked on internet and several entities are keeping dossier on you.
It is so common that you must have found that out yourself. Googledoes it all the time and so do your social media sites. While this kind of tracking is for commercial purposes such as showing you ads that you would be interested in, you can also be tracked by cybercriminals which can result in harm or serious breach of privacy.
Google knows your every move on the web:Google knows a lot about you.
Why? What does Google gain by tracking the activities of its users? Quite simply, Google earns money by doing so.
A large part of Google"s revenue is based on advertisements and the impressions they gain through users. So, the Google way of advertising is quite simply showing you advertisements that are tailored to your needs.
So, your Google searches, voice searches, location changes, all are tracked and stored by Google so that the advertisements can be as tailored and accurate as they can be. But Google is not the only big corporate that does targeted advertising.
Targeted advertising is the easiest way for a user to know that his movements in the web world are being tracked, but companies still do it because that is how integral the cyberspace has become to human life.

3/recentposts
Notification
Hello, thank you for visiting freetemplateandwidget4u, you are the motivation for me to develop and share. I love you guys !I will use the donation that I will use to develop this blog for the better.
PAYPAL : paypal.me/124550